December 2007. Finishing my studies at ITESM with a B.A. in Marketing. August 2008 – July 2009. Working at Avizpate.com. Boss and coworkers become friends.

September 2009 – January 2010. Starting to study a B.A. in Art and Animation at ITESM (again!). Best grades I have ever had. Doing a little bit of programming on Python, won a drawing contest, had a scholarship. Had to quit, unfortunately, because the school was too expensive. April 2010. Silly test on whiteboard.

December 2011 – January 2012. “La Dulce Muerte” animatic. I wrote the script of this video. See Vimeo link for credits. February 2012. “Mr. Lens and Ms. Eye”. My first rigged characters. Reminds me mother and father. March 2012. “Toon Man” Second rigged character. Elvis Presley wake-you-up-in-good-mood song. May 2012. “Perseverance” is my favorite video.  There is a lot of psychology here. Logic Pro loops used to create the music, as well as to compose. Reminds me my sister. June – August 2012. “Lucía y los Alebrijes”. Working with Tania Fuentes, this animation was very challenging. I created four characters, I rigged the biped characters and I animated them all. nCloth and Hair was used for the main character. —–Glasgow School of Art Masters course finished. Dissertation review and corrections. November 2012. “Demo Reel, November 2012” SCOTLAND, GERMANY, MEXICO December 2012, April 2013. “Tal Vez”. On July of 2006 I meet someone who told me that his mother passed away. I had this video on my mind and after seven years I wanted to start work on it. I decided to stop working on this. Maya Vector was used and blended with Maya Software and Mental Ray. Basic Particle system was used. BELGIUM April 2013. “Cube Man” A silly animation I made on my four-night stay on Belgium, a lovely country. Mexico, Belgium, Germany April 2013. “DemoReel April 2013” SCOTLAND May 2013 – June 2013. Tiger drawings, and many others (see the drawing categories on this blog) 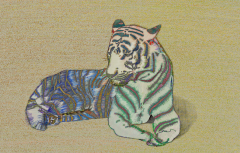 November 2013 A company asked for a prop for a video game and so I did. Normal-Diffuse-Specular-AO maps included and looking good.

Dad was diagnosed with AHD…

Worked at CGbot. “Unposteable” work – copyrighted. 3Ds Max, Cry Engine, zBrush used: not mastered, but widely used. Its hard to believe how some dreams crash with reality. I don’t really feel like working for video game companies anymore (I find modeling weapons and such too trivial and I think that there is more on life than that). Maybe it was a thing from the company; could try it elsewhere much better. 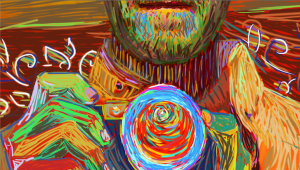 Very disappointed from my last job in Monterrey, I decided to start the Camino de Santiago, in Spain. 800 km walked. If you think this is a summer trip then you are wrong. This is a journey in which the mind and the spirit works out more than usual; an experience that is not taught at University or Work…

Worked at Siemens as a Language Coordinator. Worked with a tecno-jungle, concrete-heart collaborator. Very bad experience from which I learned a lot.

Became a professor at Tecnológico de Monterrey, Campus Esmeralda. I have the best job in life here.

A note from the clinic gave strange, hard to understand news. I can’t explain this and never saw this coming, but life is weird and strange at the moment.

Starting to run a language company from scratch.

Starting a Postgraduate in Motion graphics at Universidad Politécnica de Cataluña, on line. 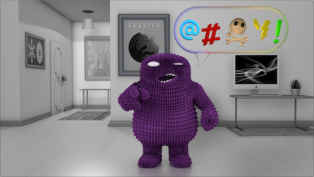 “Its one of those days”

Freelancing (cow is not mine)

Working as an animation teacher at University.

Please, do not use any of the images (drawings, photos), texts and videos for comercial use. Be kind.
%d bloggers like this: